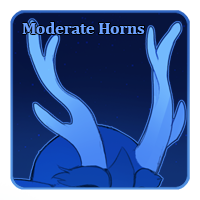 You can change the horns of an existing design to an uncommon style if you have an Uncommon Trait Potion. You must go through the design change salon to do so!

✅ The maximum length cannot be longer than 1.5x (one and a half times) browbird's head height
✅ Can be as thick as the thickest horns shown in the examples below

🔸 This trait allows only one set of horns placed on the top, side, or back of the head.
🔸 Uncommon horns should not have more than 3 branches
🔸 Simple Common horns can be doubled, this will make them uncommon! 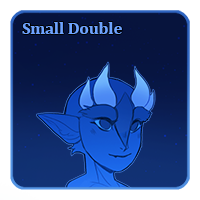 🌈 Can be applied using an Uncommon Trait Potion.

Adds an extra matching set of common horns onto the browbird to a maximum of two horn sets total on the head. This trait cannot be used more than once on a single design.

Can only be applied to common horns. This turns the horns into an uncommon "double" variant of the common horns,