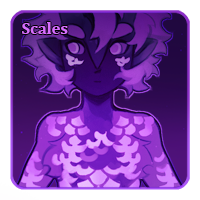 Trait: Adds scales to the body of a browbird or painted satyr.
Size: Can cover up to 50% of the design. Size of individual scales should not be much larger than the example shown.

✅ Scales can be placed on the body, tail, face, ect!
✅ Scales generally resemble fish scales or flat reptile scales.
✅ Scales can be slightly shiny or flat colored. They should not resemble metallic/reflective substances or gemstones  by default.
✅ They can also be mixed in with fur and scattered over the design.
✅ Scales can be any color

❌ Scales should be fairly flat. They should not have spikes or appear as large plates.
❌ Scales should not be much larger than the example shown
❌ Cannot be placed on the eyes, a browbird's crest, or a satyr's mask. (with the exception of scaled patches).
❌ This trait does not replace other traits

Note: If you cover an entire large tail in scales it will use up almost all the allowed coverage, please keep that in mind! 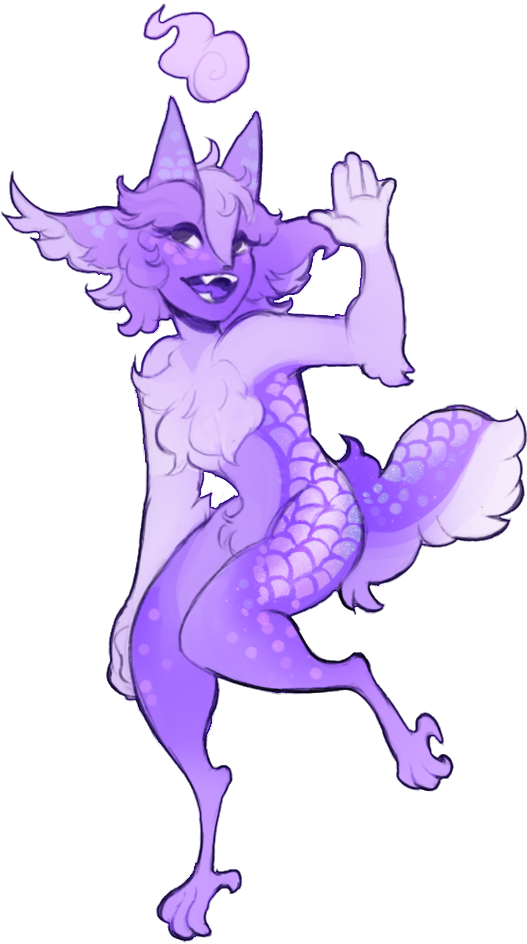