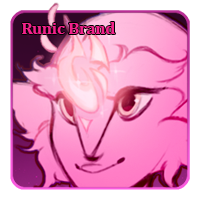 🌈 Can be applied with a Mythic Trait Potion.

Trait: Adds a runic brand to the browbird, painted satyr, or kitbull.
Size: Should remain close to the example shown.

Runic brands are a mark of a character's status. What this status is depends on the character. It could be something akin to a high ranking general or perhaps even a king. Or it could be a mark of their prowess in battle or performance. They have also been known to appear if the bearer of the brand had been struck by a powerful surge of magical energy, causing the symbol to manifest.

✅ To add additional runic brands, you will need additional copies of this trait. Each placement of a brand is considered 1 Mythic Trait.

✅ The runic brand can be placed anywhere on the body.
✅ It is a single symbol that floats slightly above the body of the character, it is not a marking
✅ It is able to glow and have particle effects

❌ It should remain separate from a browbird's crest and any other floating effects, it cannot be merged with these things or drawn to mimic them. 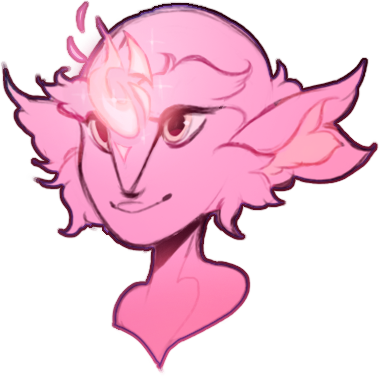 This trait is a WIP! While it is available for use, please be aware that designs submitted are more likely to be rejected if they use this trait due to lack of up to date reference material.