🌈 Can be added to any painted satyr by using the Wolf's Fangs item.

★ When editing a character with this trait:
✦ If the trait was applied using the item it cannot be swapped to another trait, it can only be edited to a different variant within the same trait (ex: changing the appearance of the shackles) or removed.
✦ If the design was created with this trait without use of an item it can be swapped to a different trait from the wolf list using an Appearance Change.

The satyr's hands and arms change to a permanently shifted state, giving them greater physical strength.

Size: Should be roughly the same size as the example, can vary with muscle tone.
✅  Application can be asymmetrical
✅ Claws can be up to twice the length of the example
✅ Paw pads are optional but should be treated the same as patches
❌ Can only be applied to the arms/hands
❌ Nails should be striped or resemble the character's patches in some way 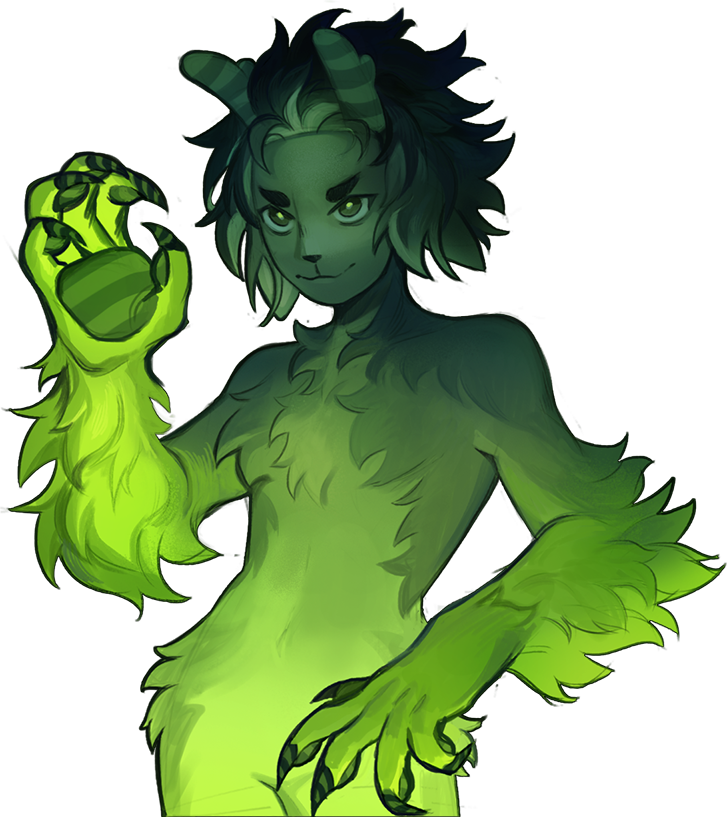 Magic bindings originally conjured to hold something back whether it be physical, magical, or emotional. Now  shattered they are a proud display of newly forged bonds, overcoming what held you back, and personal strength.

Size: Cannot be much larger/longer than examples
✅ Can be applied to the wrists, neck, or ankles
✅ Can be any color but must have a glowing area
✅ Runes are optional
✅ Chains are optional
❌ Cannot intersect or merge with other traits
❌ Must float/surround the areas it is applied to, it cannot resemble markings on the character's body 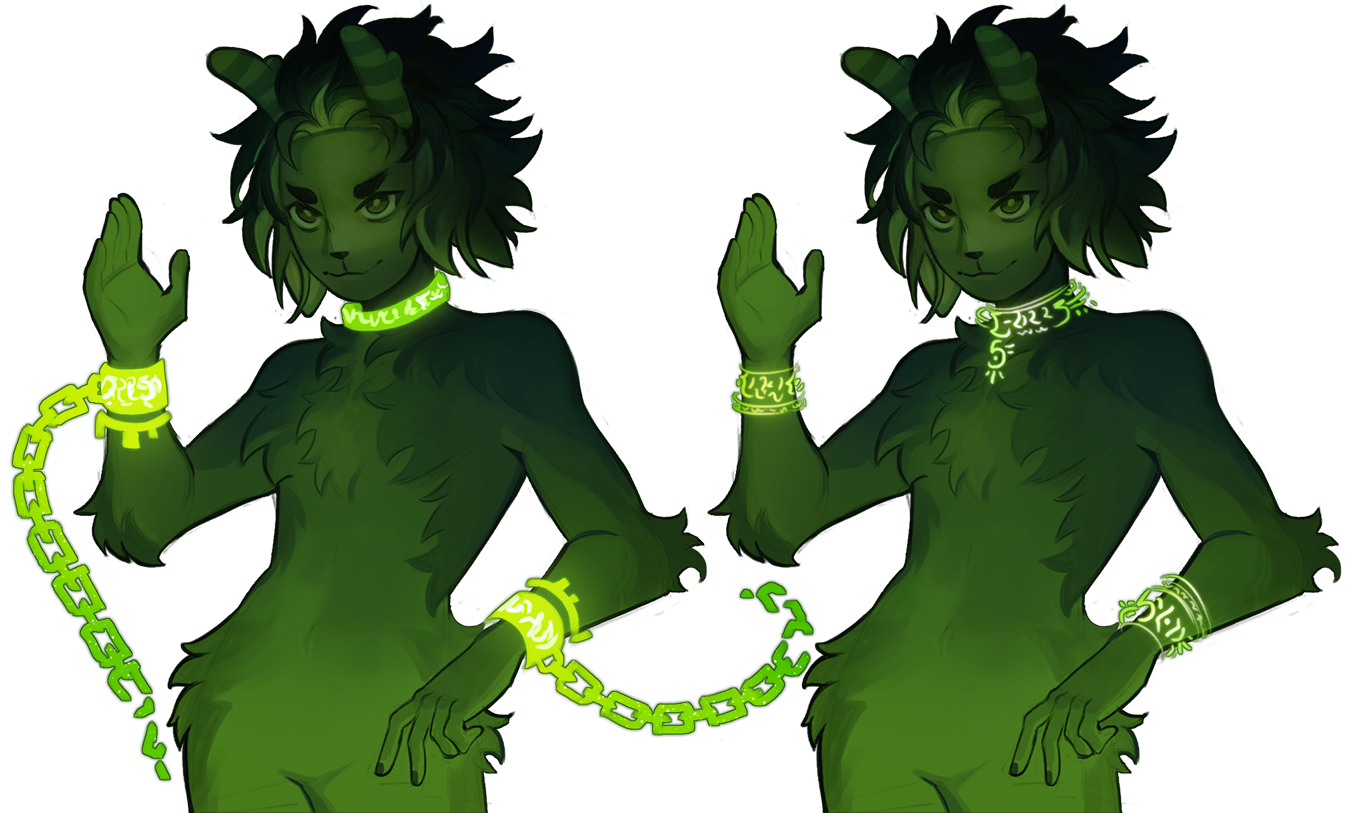 Requires grove form to be unlocked.
Allows a painted satyr to unleash their inner strength through their connection to nature. Both the shifted and non shifted form are considered canon and can be used interchangeably.  When submitting a design using this trait you will have to provide a reference of the normal form and shifted form.

Size: Can be taller and larger than the satyr's normal self, refer to the example below for maximum size increase. The max increase is roughly 3 heads taller.
✅ The satyr can shift at will or have a specific trigger to change
✅ While in their shifted form their mask takes on a more animal-like appearance that resembles their grove form alignment animal.
✅ Growing larger/taller/buffer is optional and this can alternatively be used to change only the mask to be more animal-like
✅ Can become even fluffier in this form with longer fur and/or longer hair
❌ All traits and markings remain the same, trait sizes only change proportionally but should not increase in rarity. 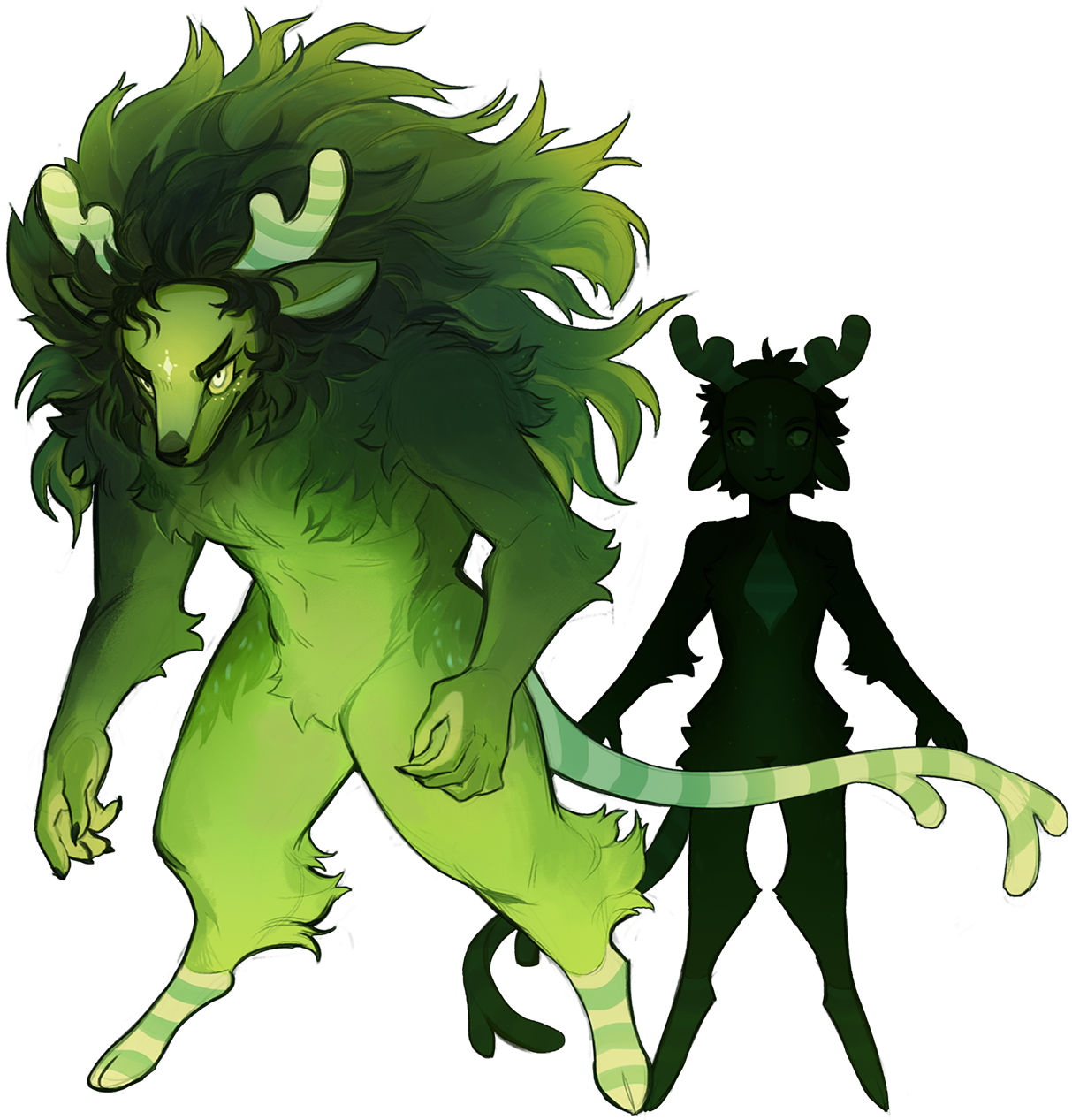