🌈 Can be added to any painted satyr by using the Serpent's Scale item.

★ Info
✦ Does NOT require the painted satyr to complete the grove quest.
✦ Does NOT require serpent form.
✦ One trait from the following list can be added per use of the item, to apply multiple serpent traits it requires multiple copies of the item.
✦ Use of fin traits should be clearly distinct from satyr's leaves and other flora

The satyr's tail can sport various types of fins as well as become much thicker supposedly to aid them in swimming.

Size: Follows the rarity of the satyr's existing tail in terms of length and branch count
✅  Can be applied to one tail or multiples in the case of designs with more than one tail
✅ Tail fins are optional and can take on any look as long as they clearly appear as fins
✅ Tail fins can be placed on branches
✅ Tail can still have fur following normal fur guidelines
✅ The thicker tail is optional, the examples below show a minimum thickness for the trait
✅ Tail fins can be very slightly translucent
❌ You must pick fins, a thick tail, or both
❌ Fins cannot be entirely transparent
❌ Does not replace the tail rarity, branch count and length cannot exceed the satyr's current tail rarity 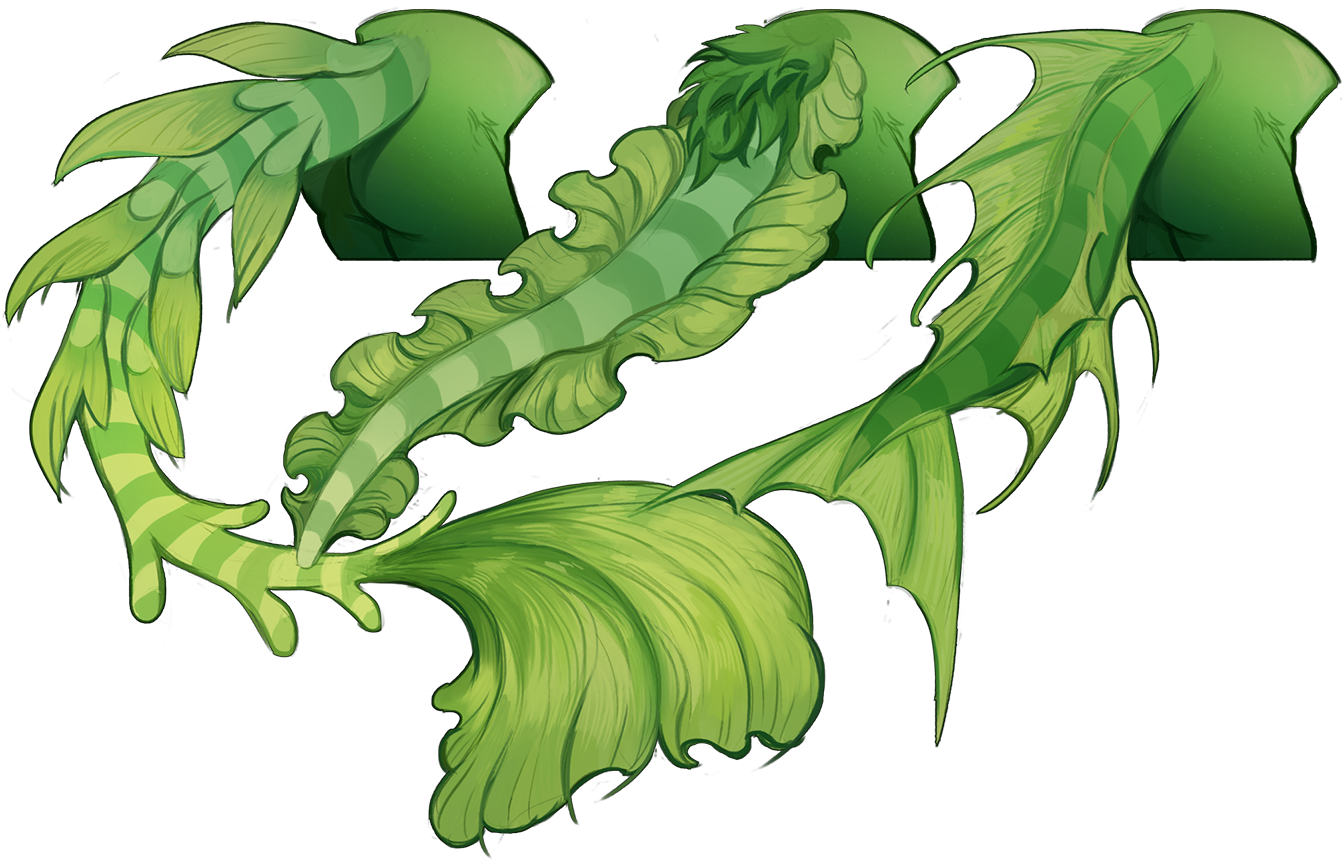 Adds fins to the body of the painted satyr. 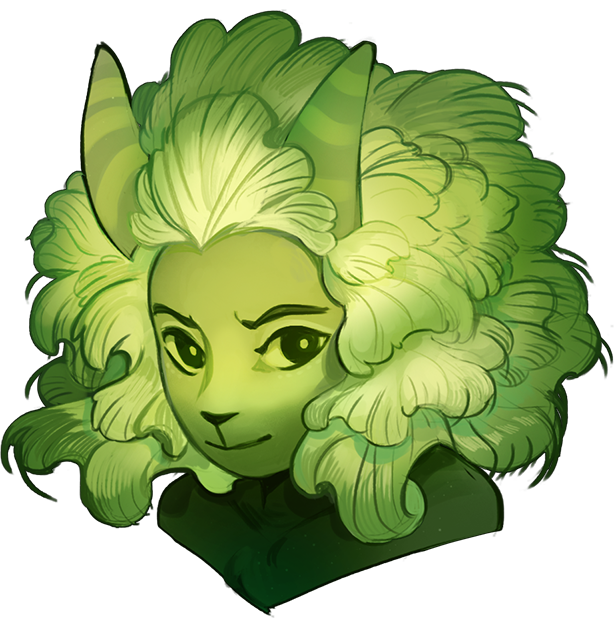 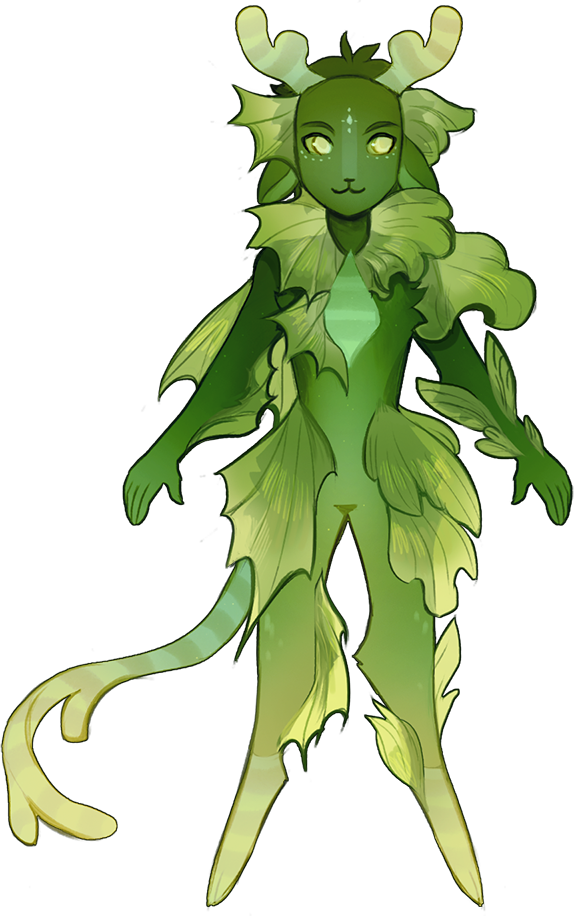 Adds one pair of wings to the painted satyr. These wings resemble that of a dragon or sea creature. While they are usually for display or gliding through air and water, some lucky satyrs may be able to use them to fly short distances.

Size: Refer to examples for the maximum sizes of the trait. Body wings should not be larger than shown with the exception of back wings, which can be large enough to fly.
✅ Application can be asymmetrical in terms of placement and style
✅ Wings can be placed anywhere on the body or tail
✅ Can be placed on patches
✅ Wing style can be any type of dragon or fin-like wing
✅ Wings can optionally have a single wing "spike" at the thumb area, this spike can have the same size and branch count as a common horn
❌ Each use of the item can only apply one set of wings to the design. To have more than one set of wings it will require multiple uses of the item.
❌ Should not resemble bug wings
❌ Cannot be placed on the mask
❌ Does not replace other traits 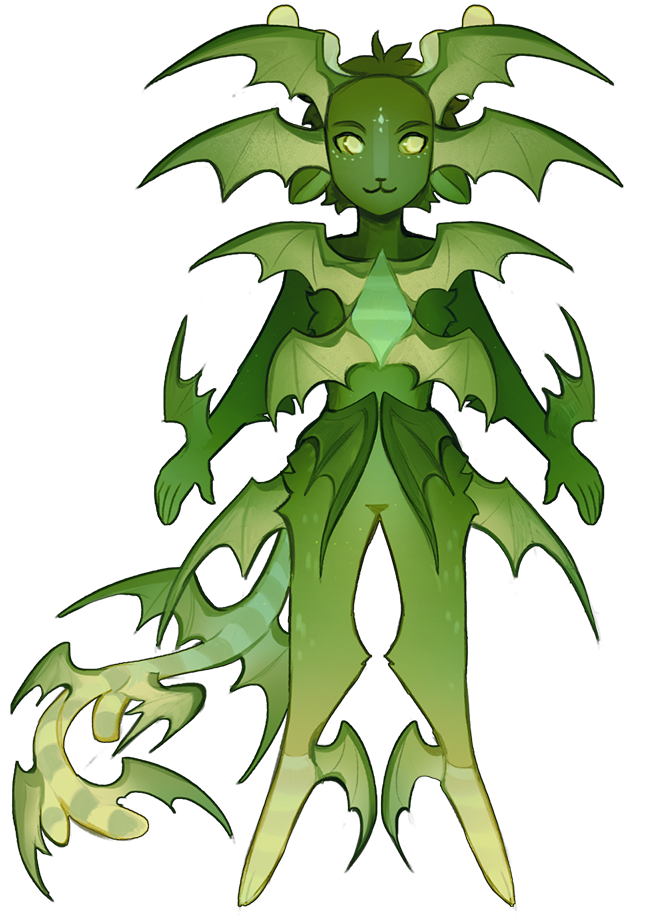 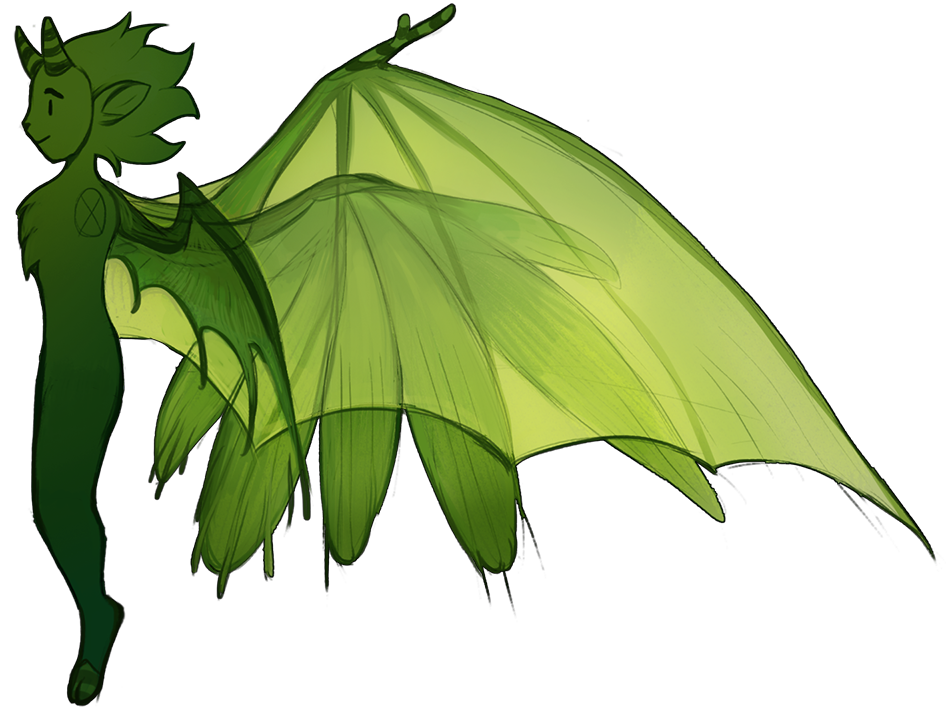