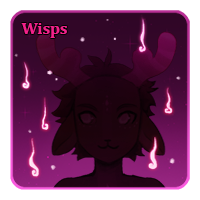 🌈 Can be applied using a Mythic Trait Potion

Trait: Adds small wisps of magic that surround the browbird or painted satyr.
Size: Wisps should remain very small and cannot be larger than the examples shown. They cannot entirely cover the design or form in large clusters. It should remain fairly sparse and spread out.

✅  Can be any small, simplistic shape
✅ Can float anywhere close to the body
✅ Can optionally glow
✅ Different shapes can be used at the same time
✅ Should roughly match at least one color on a browbird's crest

The wisp shape you choose should roughly match a marking, aspect, theme, of feature on the design OR be of a more neutral shape. The flame-shaped wisps should be paired with characters that have a fire aspect as an example. Clouds pair with wind, petals with wood, constellations with constellation markings, eyes with perception aspect, ect! Neutral shapes like squares, diamonds, orbs can all be used regardless. If you're unsure if your idea will work feel free to ask.

The wisps can can flicker, move slightly around the character, slightly animate, and shift in shape! 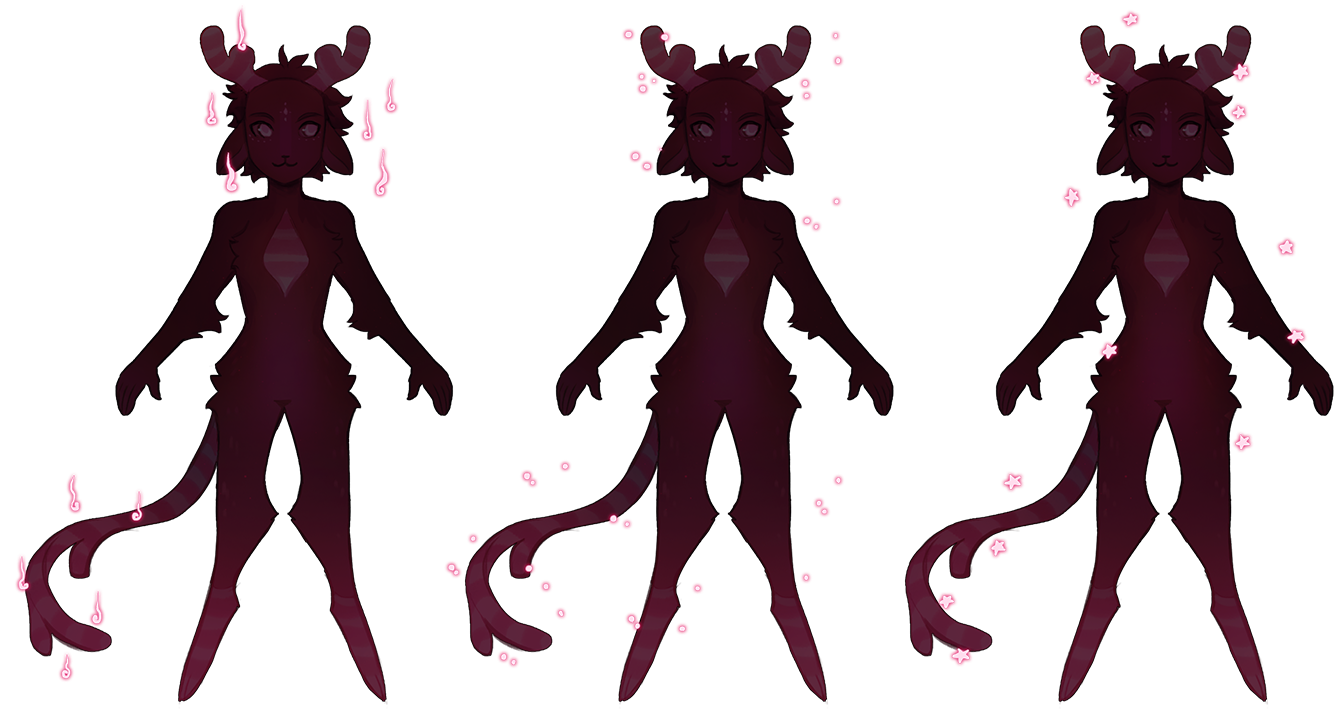 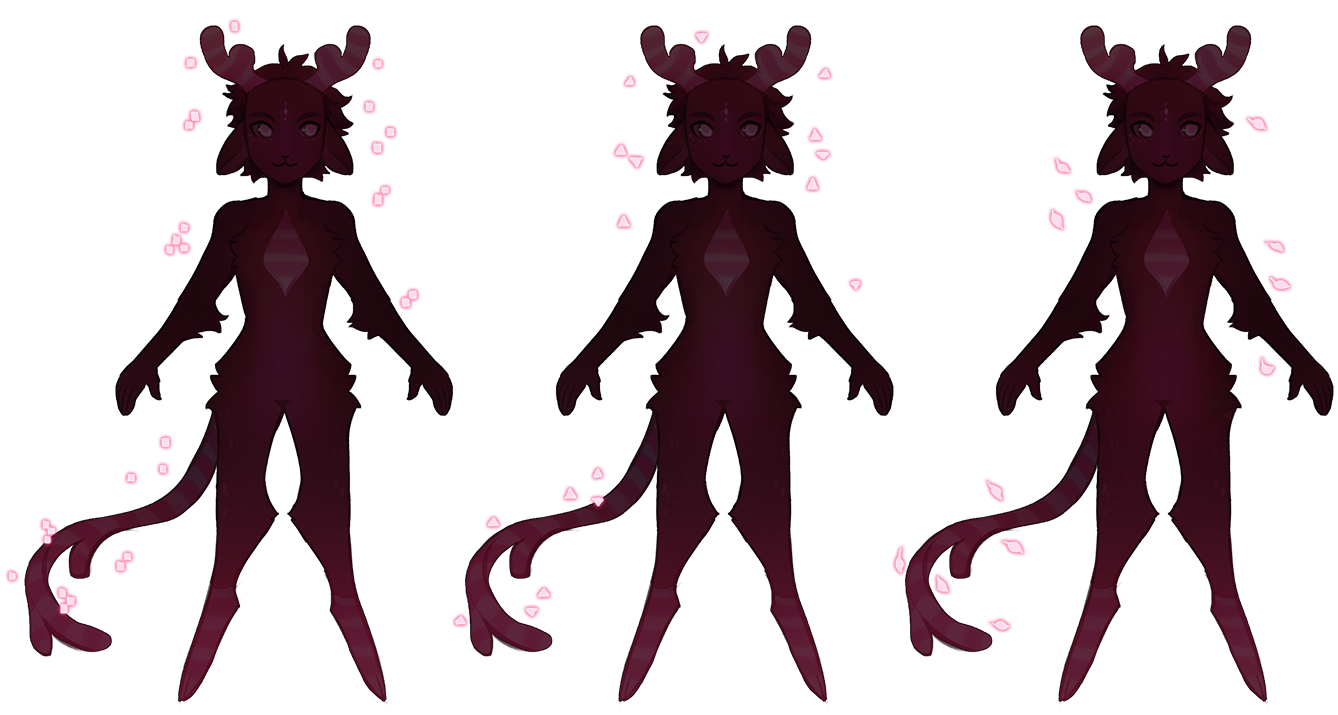 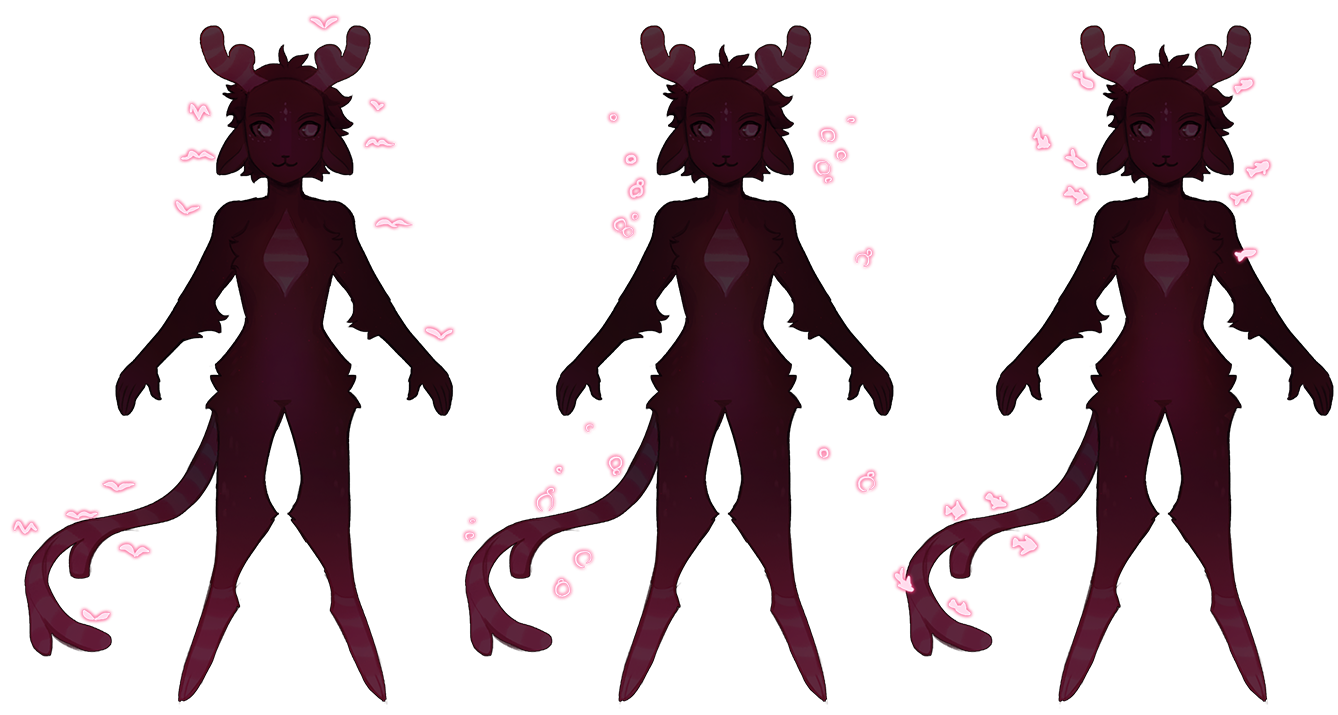 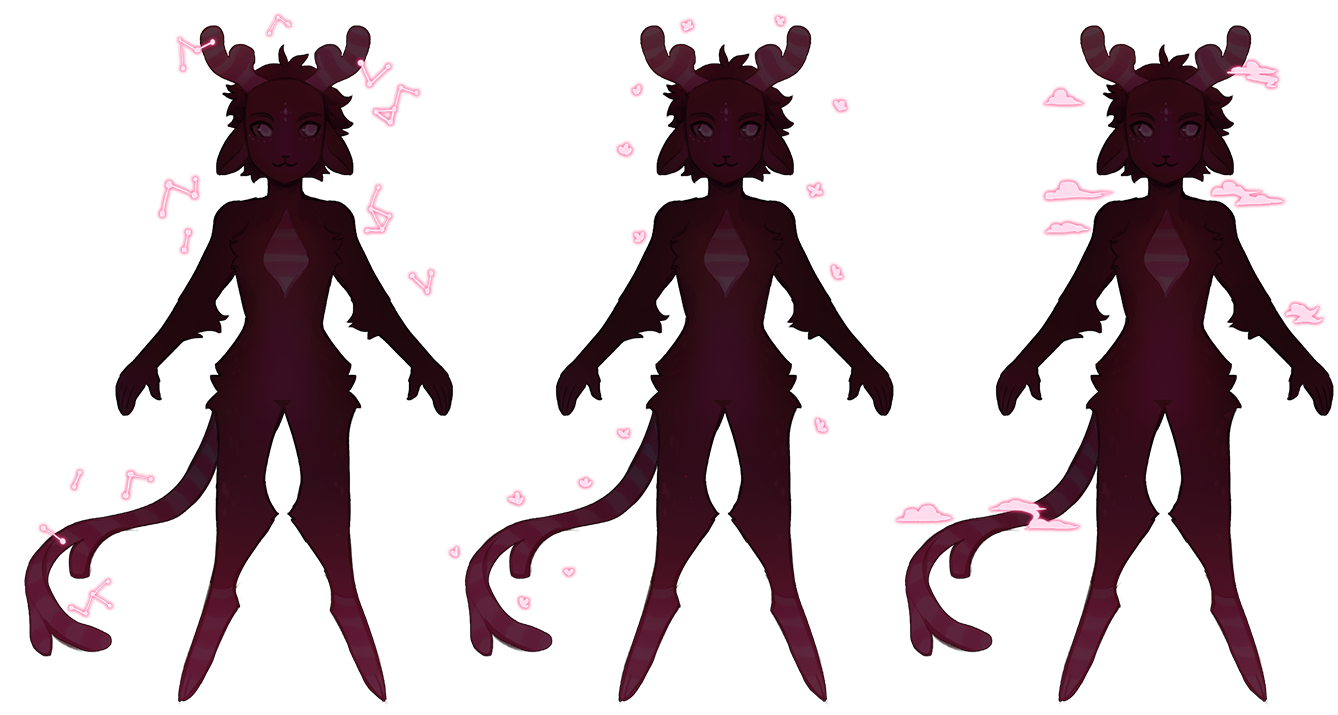