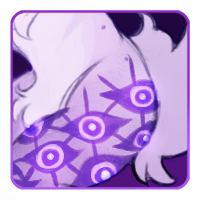 Trait: Adds any type of eye marking to a browbird or painted satyr.
Size:  Eye markings can cover up to 50% of the design. They can be placed anywhere on the body, face, tail, ect!

✅ This trait can optionally glow. Glow does not have to be consistent across the eye markings in terms of coverage and color. For browbirds the glow should be close to at least one color on the crest. Glow can only affect the eye markings.
✅  Can resemble spiral eyes, regular eyes, ect. As long as they clearly read as open eye markings.
✅ Can be combined with other traits, such as star pupil eye markings if you also have the star marking trait.

❌ The markings are not functioning eyes and do not blink or otherwise animate. they should clearly resemble markings.
❌ Cannot be placed on the eyes or crest
❌ This trait does not account for markings that resemble closed eyes or anything that could be considered a standard marking. If you're unsure if your idea will work or will require this trait please contact staff! 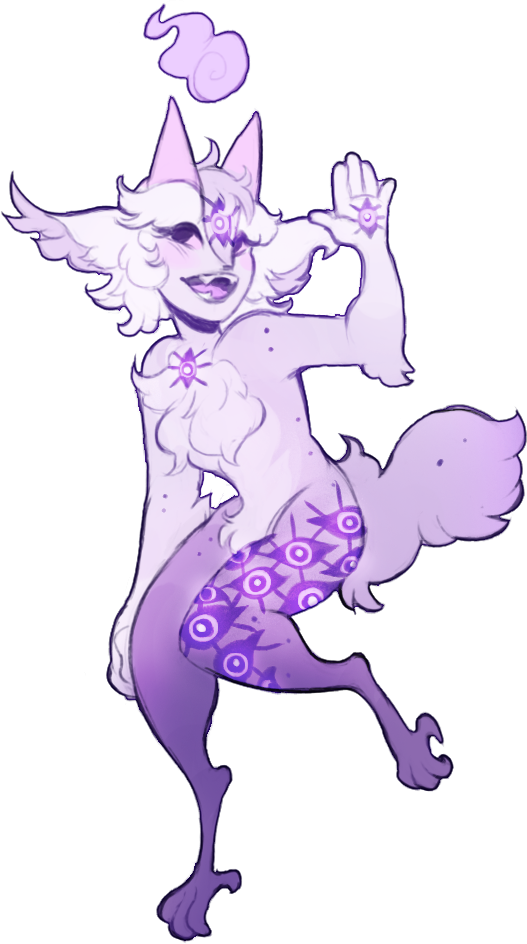