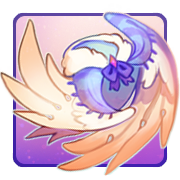 Resellable
★ Obtained from:
• 🎃 Autumn Event Merchant - Purchased for ✨30
• Reward choice from Candleblight 2018
• Very rare drop from Thank You Gift
★ Use:
Can be used with a browbird, painted satyr, or kitbull.
The character using the item must be the focus character or your own character.
You can only use one apparel item per submission.
✨Bonus: +3 Stargold when included on the focus character in a prompt entry.

★ Appearence:
You can tweak the appearance to suit your character but the wing shape and general design must remain close to the original.

Things you can change
★ Description:
A special cloak that resembles an angelic pair of wings inspired by the Candletown Hero that battled demons ages ago during the first Candleblight. It is said that hero wore a cloak made of burning white wings during his final battle. This cloak is a popular item given our or purchased during the autumn months in Candletown, and other locations that celebrate Candleblight.

It's incredibly popular due to the enchantments placed on these cloaks allowing the wearer to fly for a few seconds, though it's no replacement for real wings.
★ Alternate Item Art: 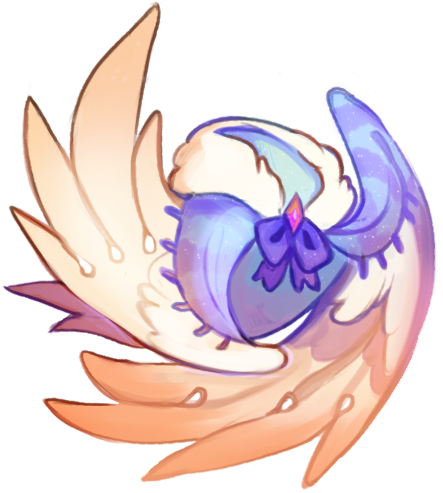